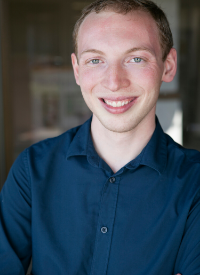 Sean Boyd (Artistic Director / CEO) is the co-founder and Artistic Director / CEO of Trinity Theatre Company. Since its inception in 2012, he has overseen the development of its Arts Education, Mainstage, and Special Event programming. He is an Associate Member of the SDC, and has directed shows including Lovers (2012), The Laramie Project (2013, 2016), Maple and Vine (2017), The Last Days of Judas Iscariot (2018), and Fuddy Meers (2019). He is also a member of the EMC program, and has performed in The Complete Works of William Shakespeare Abridged (2013, 2015, and 2019), Drinking Habits (2014, 2016), Red (2015), and The Nerd (2019). He holds a BA in Theatre Arts from San Diego State University, and is actively pursuing his Master’s in Education. In addition to his work with Trinity Theatre, he has worked as an actor, director, and stage manager for theatres in San Diego including Cygnet Theatre and North Coast Repertory. He has also worked as an Arts Education Administrator for the La Mesa – Spring Valley School District, and the Salvation Army – Joan Kroc Center. He is currently the Board President of Trinity Theatre, and serves on the Board of Directors for Kids Can Do It!.

“My favorite TTC memory is when I was just starting this company as a Senior in High School, our co-founder (Kenden Reed) and I would have late night business sessions at Denny’s, where we’d eat french toast and ice cream, and enjoy many cups of coffee. Although sleep was limited, the memories created from those late nights have always been cherished, and Denny’s will maintain a sweet spot in my heart.” 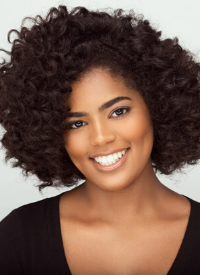 Kandace Crystal (Associate Artistic Director) is an Actor, Director, Producer from Miami, FL. Kandace attended Florida State University where she received a BFA in Acting. She hopes to continue using her art to tell the stories of people whose stories need to be told. Feel free to keep up with her journey on social media, @KandaceCrystal on all platforms. 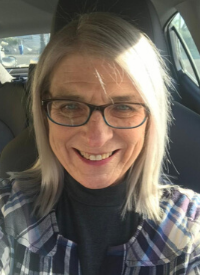 Kathy Parks (Production Manager) has worked behind the scenes as a stage manager, prop master, sound/light technician, stage hand and concessions manager for Trinity Theatre since its inception. More recently, she has been involved in fundraising through grant proposals. Kathy has also worked in several theatres in San Diego county including Coronado Playhouse, Ocean Beach Playhouse, and Pickwick Players.

“My favorite memory of TTC was the opening night of the very first show, when the house was sold out. Right before it was time to start, Sean tearfully said to me “it’s really happening. We really did it.” I will never forget that sweet moment.” 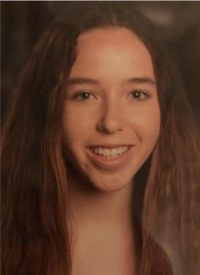 Liana SC (Programming Assistant) is a Dramatic Writing major going into her senior year at NYU Tisch, with a focus in Playwriting and a minor in Environmental Biology. She is thrilled to be working with Trinity for her second summer in a row, assisting with education programs, marketing, and mainstage virtual productions. In addition to her work with Trinity, Liana co-founded and co-manages Scripps Onstage (a Scripps Ranch-based theatre group dedicated to providing people with free opportunities to explore new sides of theatre and participate in original productions) and NYU Playground Production Co-op (a club focused on developing new works and facilitating interdepartmental collaboration in Tisch). Some of her favorite past written projects include Food Fight (featured in a 2019 Scripps Onstage Showcase), I-Jee, You-Jee, Ouija (co-written with Sangita Nuli; featured in Tisch’s 24-Hour Play festival and NYU CAST’s One Act Play Festival in 2018), and Love Sucks: The Musical (co-written with Sangita Nuli and Natalie Lim; self-produced in 2018). Liana has previously worked and interned with such organizations as La Jolla Playhouse, Broadway Bound Theatre Festival, and the Broadway Green Alliance.

“My favorite TTC memory is probably lurking in the shadows during Shakespeare Abridged and scaring the actors before their entrances, mostly Sean.” 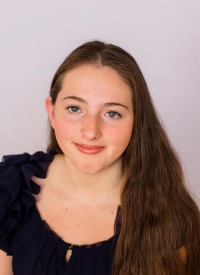 Sara Feldman (Storytime Supervisor) is going into her Sophomore Year at the University of San Diego with a major in Theatre. She is thrilled to be working for Trinity Theatre and supervising the new Storytime program. She hopes to expand her dreams to always be involved in theatre and inspire many young students to also join in on the magic.

My favorite TTC memory was when I worked on my first camp this summer and the student I taught really enjoyed the class and had a blast. I was pleased that the student had a good time and was able to learn a lot in my first class, it really meant a lot to me to hear that. 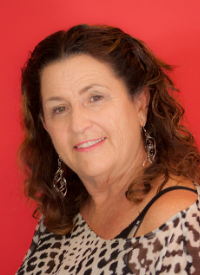 “I have many favorite memories with TTC, but currently I am enjoying being a resource for the Teen Leadership Group, Coast Blossom, as they develop their company.” 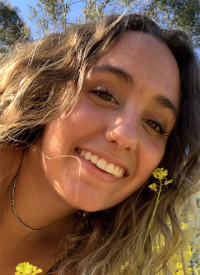 Aaliyah Thompson (Streaming Service Supervisor) is 17 years old and going into her senior year of high school. She intends on majoring in stage management and directing in college. Interning with Trinity Theatre Company and being part of the Teen Leadership Program has allowed her to express her creativity with the guidance of the incredible team here! She hopes to continue to work with TTC to further develop a streaming service and improve in all areas of the  technical side of theatre!

“My favorite TTC memory was when I was offered the position I have currently and being able to work with the team here after being part of the Teen Leadership program for a few months.”

Visit this page again soon to meet the rest of our incredible team here at Trinity Theatre Company!